Emerging markets have best quarter in 10 years despite crisis 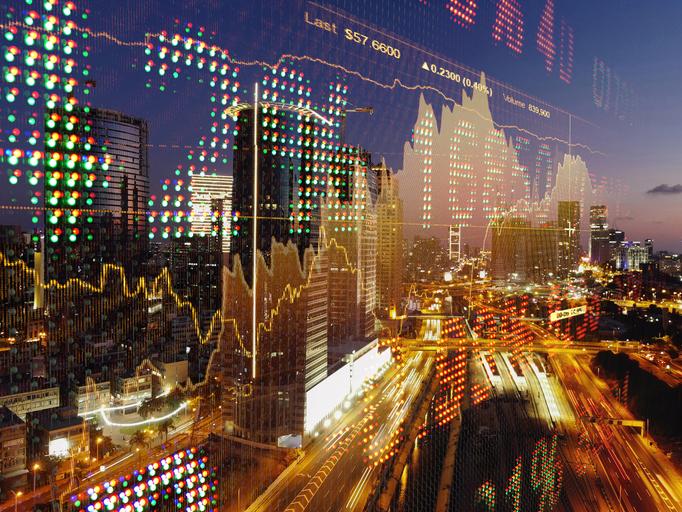 (Bloomberg) – A disconnect is growing in emerging markets, which have rarely faced such adverse economic conditions and whose assets are about to complete the best quarter in a decade.

The MSCI Emerging Markets index is on track to record its best quarterly gain since 2010, while dollar-denominated bonds are headed for the biggest quarterly advance since the recovery from the 2009 global financial crisis. The wave of stimulus from central banks sweeping the world has supported risk appetite.

Emerging currencies have risen by 2% in the past three months, with the Indonesian rupiah, the Russian rouble and the Colombian peso in the lead. Capital flows are showing a “modest return” after exits in early 2020, according to a June 24 report from the Institute of International Finance (IFI).

All this is at odds with pessimistic prospects, especially for the economies of Latin America, South Asia and Africa, where virus outbreaks risk getting out of control. The latest IMF projections show that while China may register growth this year, estimates for Mexico, Argentina, Brazil and South Africa have been reduced to a contraction of 8% or more.

The huge divide between market gains and economic problems brings risk for returns in the coming months, which would increase the winds against recovery.

“While ample liquidity and a low interest rate environment continue to provide emerging markets with the attraction of high coupons as the recovery process is delayed, I think risk considerations are getting worse for emerging markets as a class,” said Carmen Reinhart, the World Bank’s chief economist, at last week’s Bloomberg Invest Global conference.

The World Bank predicts that emerging and developing countries will shrink 2.5% – the worst performance in the database that starts in 1960.

“I expect a day of reckoning when foreign investors will conclude that they are not being compensated for the risks in emerging countries,” said Rob Subbaraman, global macro research chief at Nomura Holdings Inc. in Singapore.

The situation is not uniformly disastrous for emerging markets. Jim O’Neill, president of Chatham House, takes a negative view of Latin America and India, but he told Bloomberg Television he sees a chance that “this crisis could accelerate this century of Asian domination,” as China and other economies in the region are adept at managing the pandemic.

Emerging assets may still have a “good” second half, though it is difficult to repeat the gains so far, said Eric Stein, co-director of global fixed income at Boston-based Eaton Vance Corp., which manages about $465 billion. Stein classified countries like Brazil as highly risky, since further easing of monetary policy could mean “disorderly” exits.

Emerging countries that invested in fiscal stimulus – now around $11 trillion for all governments worldwide, the IMF estimates – have less room to spend without triggering uncontrollable debt concerns. And many of their central banks are already at low interest rates and therefore have less room for action.

“I think the emerging economies will be in a very difficult situation from now on,” Reinhart said.