Permanent home office and office of the future: the face of the return to post-quarantine work 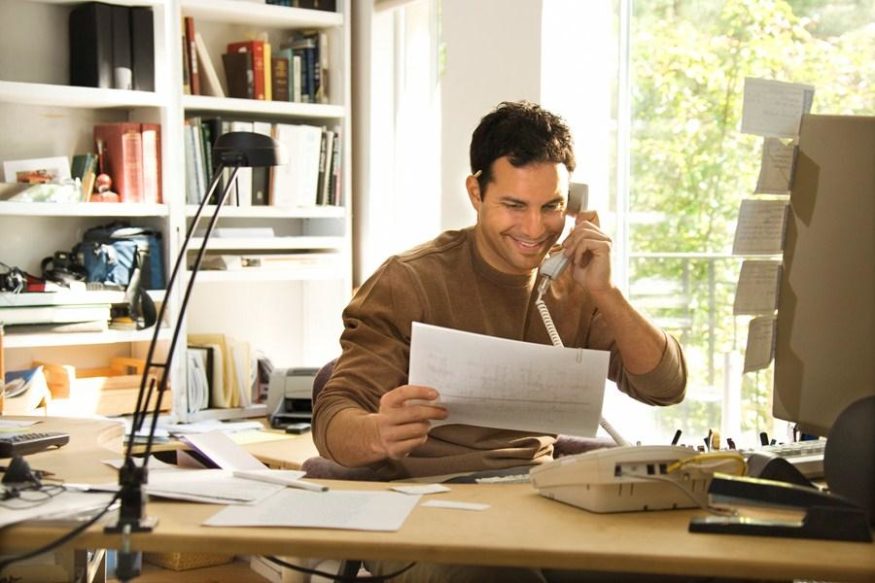 SÃO PAULO – It is not new that the return to the post-quarantine work routine will be very different from what it had before the arrival of the pandemic. The home office is being applied in most companies and, in many cases, has worked well.

Proof of this is that 40.2% of the companies did not work with the modality before the crisis and will adopt it definitively when that period passes, according to a study sent by Cushman & Wakefield first hand to InfoMoney this Friday (8 ).

The study was attended by 122 companies from various sectors, located in São Paulo and Rio de Janeiro, and interviewed mostly presidents, vice-presidents and directors who make the decision on the implementation of the home office.

Cushman also shows that 45% of respondents will reduce the post-crisis physical space, with 30% doing so due to the successful experience with the home office temporarily implemented during the crisis and another 15% will do so because of the economic effects generated by the pandemic.

For Jadson Mendes, Head of Research and Market Intelligence at Cushman & Wakefield’s commercial real estate services company, the process that will happen after the pandemic is the opposite of what has been happening until then.

“In recent years, another process, of greater density of office space, has been developing. What we call ‘open space’, when the bosses ’rooms are over, and more people occupy the same environment. Now the world has stopped and everyone is asking how the office of the future will be, since it is certain to change ”, he says.

Office of the future

As a result of this process of change, “Six Feet” appears, a model of what this new working environment would be like.

Mendes says that Cushman & Wakefield is accompanying around 10,000 companies in China in the process of opening business after the peak of the pandemic. “We are analyzing several models for resuming business and this has generated a manual of good practices that will help companies in Brazil as well. It was in this context that the ‘Six Feet’ model, which is actually a measure [equivalent to 1.8 meters], stood out ”, he explains.

In practice, the name refers to the distance between the tables of the employees who respect the recommendations of the health authorities. “This model requires more physical space. This means that in the case of companies that are not going to join the home office, it would be necessary to increase the office to accommodate the same number of people under a new space division ”, he says.

See a simulation of the new space.

According to Mendes, in the workplace today, it is recommended that each professional has between seven and eight square meters of space. “In coworkings, this measure drops to around five square meters, and in call centers, for example, it can reach three and a half square meters. Which proves that many companies will have to adapt with this new model that requires about 11 square meters per person ”, he explains.

This model that Mendes presents must be implemented through a six-step process: “Adapt the building, instruct employees, control access in a different way (facial recognition or even free entry), create a social distance plan within the company, reduce touch points and intensify the company’s cleanliness and communicate with confidence ”, he explains.

He considers that this is an alternative under study, and not the only possible solution. The ideal, according to him, would be the mixture of offices, that is, companies adopt the home office two to three days a week and implement the six feet in the rest. “Thus, people can use the same space that has been reduced and there is an optimization”, he says.

Still, companies can adopt a permanent home office for part of the teams and maintain other teams in person, which could also balance the equation.

“But there is a risk of companies joining the home office and freeing up space, but other companies prefer to adopt face-to-face models and need more space and occupy these empty offices. And then one model cancels out the other in terms of real estate ”, ponders the expert.

However, if this equation above does not work in a balanced way, companies that do not implement the home office should increase their physical spaces following health recommendations. And this is where a series of difficulties come into play.

This change in the profile of the offices includes more factors in the account that companies must make during the crisis: in addition to labor issues, they will need to review the financial part and develop strategies on how to adapt to the new spaces.

“If the company adheres to the home office permanently, the reduction in space rental costs can be an advantage. But generally, these corporate real estate contracts are long-term and, if the company breaks it, it pays a fine. So, the company cannot make this change overnight without any cost ”, explains Mendes.

In addition, this office model of the future can be expensive. “Adaptations can cost. New buildings may have technology, but many will have to implement them. Especially, in the beginning of reopening, the costs will be high: there is cleaning, maybe new spaces … everything will be invested ”, he says.

Another challenge is to find buildings with space. Today there are 76 buildings considered class A in the business center of the city of São Paulo, which includes the regions of Av. Paulista, Faria Lima, Itaim Bibi, Av. Juscelino Kubitschek and Vila Olímpia. The data is from another Cushman study.

With the vacancy of corporate offices in São Paulo hovering around 16% today, the supply restriction is great. “There is no space. And in areas like Itaim Bibi, vacancy is 1% ”, he explains.

“Now, the exercise: which of these buildings can receive tenants of two thousand square meters of contiguous areas, whether in one of two thousand or two thousand in the same building? Only four. In other words, these companies will find it difficult to position themselves in another building due to low vacancy. You will need to negotiate or you will have to move to locations that are not considered prime, which ends up being status for the company ”, he explains.

Precisely for this reason, the corporate real estate market does not show a downward trend in prices, nor a greater vacancy due to the crisis. “On the contrary, the sector, which has resumed in cycles and is slower, is still rising from the 2014 and 2015 crisis. price dropped very soon after 2014 and 15 and is now coming back fulfilling the cycle ”, he says.

Despite the difficulties, Mendes believes that the changes that are happening are positive. “We have no way to stop and everyone will have to adapt. It will certainly be challenging, some companies have businesses that need physical presence, each company will deal with its own factors and internal scenarios – beyond the pandemic ”, he concludes.