WHEN IT REACHES 50% OF INFECTED PEOPLE, THE PACE WILL DECREASE, SAYS MINISTER 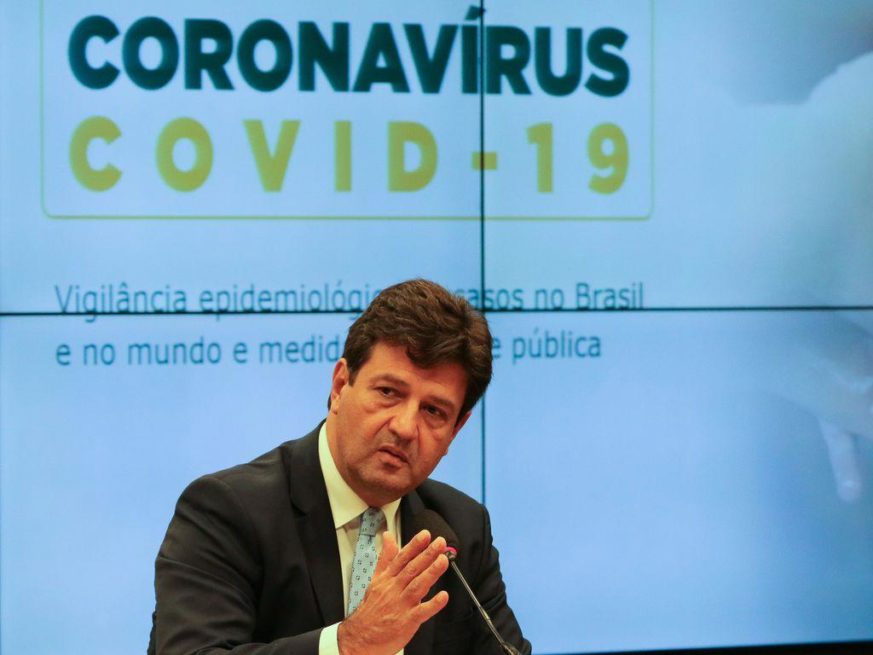 Health Minister Luiz Henrique Mandetta said on Sunday, 22, that he did not have an exact estimate for the percentage of the population that will catch the new coronavirus, but pointed out that the speed of transmission of covid-19 tends to be greatly reduced when half of the people already acquire the virus.
“What we know is that when more than 50% of the population is infected, the virus can no longer multiply at the same speed. Whether it will be 50%, 60% or 70% of the population, this is secondary. In health, two plus two, it can be four, three and a half. Each organism is different, each population is different ”, he replied.
The minister also asked the municipal health secretaries to place elderly caregivers on the list of people to be vaccinated against the common flu at the first moment.
USA
Mandetta estimated that the United States will probably be the country most similar to Brazil in facing the coronavirus, due to the characteristics of the two countries.
“We have a virus behavior from Italy, which made us more concerned. The age groups and population per square meter differ. They have an advantage in the health system, which is more structured and with more money ”, he compared.
The USA is the first continental country like Brazil to experience a pandemic. “We will see what will happen in the USA, because the behaviors are similar” he added.

Fake News
Mandetta criticized what he called “fake news disease”.
“They made an audio saying that it was my voice talking about certain things. I don’t record any audio at all, I don’t even know how to use it. Everything I say will always be said clearly in front of the cameras, ”he said. “The sick of fake news like to dress up as someone’s authority to cause commotion, hoax, scare people,” he added.